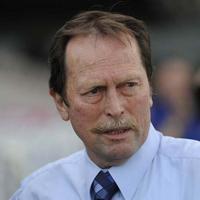 Ron Leemon has been an active member of the racing industry since becoming involved in racing in the late 1970's.

Ron was a follower of racing with his father in his youth, however it wasn't until Ron was at University that he became involved in handling the thoroughbred.

Ron met his wife Gaye whilst at University. Gaye's father was a racehorse trainer and together they would help him with the horses on the weekends and around the stable. Ron developed a natural affinity with the animals and began to take a keen interest in the working side of the stable. He began strapping and progressed to Stable Foreman.

After University, Ron went on to become a High School Teacher, working his way to the Head of The Science Department managing the largest department in the state of New South Wales. Changes in the education system ignited Ron's interest to look towards a career with horses. He started out leasing a horse, testing the waters, and soon began his love of the lifestyle. Ron discovered he had what it took to be a successful thoroughbred trainer.

Ron secured his training license and began his training career in 1980 with R.T. Leemon Racing. His property was named after the first horse he had purchased, called Godarchi, which gave him Group 1 Success. In late 1992 during the recession, Ron returned to part time teaching. He had a holiday, reduced his stable size and it wasn't until 2000 that he returned to full time training.

Ron became involved in the racing industry as a representative on the Board of the New South Wales Trainers Association where he served for a period as President. He retired after eight years of service in 2007.

Ron is a selective, dedicated trainer with an individual attitude and hands on work ethic. He enjoys the lifestyle training thoroughbreds gives him and especially enjoys producing a win for his loyal owners.

"As a pedigree analyst I'm always on the lookout for yearlings with outstanding pedigree patterns so it was an easy decision to become a part owner in the Oratorio/Mystic Melody colt. Ron Leemon and staff have certainly made my decision to jump on board a very enjoyable one thus far as we are kept up to date on proceedings on a regular basis when both spelling and in work".

"Ron has been a wonderful trainer for our horse and always keeps us well informed.For a new owner like myself it makes this experience very exciting and pleasurable"

"From initial enquiries to current ownership, Ron and his stable management have been proficient and accessible, making for an enjoyable experience in this industry."

"I didn’t know Ron when I was attracted to take a lease share in an unraced Lujain filly which was later to be called Cloudy Morning.

It is testament to Ron’s patience and ability that he managed to produce three city wins from an unfashionably bred small filly/mare with a great turn of foot but a dicky leg.

During my four years of knowing Ron he has not only been my horse trainer but has become a close friend and confidante and I trust his judgment to the utmost extent.

I have no hesitation in recommending Ron Leemon Racing to anybody who wants to avail themselves of a trainer who is honest, hard working and will give their horse a great chance of success through hands on involvement".

"Having an interest in Manawanui I have spent a fair bit of time around Ron’s stable in the past 12 months and can recommend him as a trainer for the following reasons:

Stable is small enough to allow him to be hands on with all his horses.

Ron is patient with his horses so you can be sure that they are given every opportunity to perform.

Ron’s fees are modest and he looks to minimise the owners training costs.

Ron is easy to contact and always happy to keep you up to date with your horses progress.

I can highly recommend Ron.